Second up is Nigel Edwards. 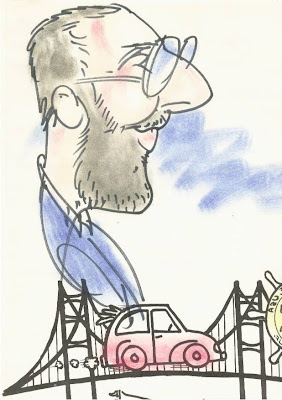 Self-belief.  I’ve been an avid reader for donkeys years.  In general, my favourite genre is Fantasy / SF, but I have fairly eclectic tastes.  I’ve read Asimov, Brunner, Pratchett, Simak, Tolkien, van Vogt, Verne, Wells and so on, but also Christie, Churchill, Defoe, Dickens, Doyle, Fleming, Shakespeare, Swift, Wyss – the list really is endless and all of them truly great writers.  However, I’ve also read books by other authors and wondered, to be quite frank, how on earth they ever managed to get published.  One day I said to myself “I’m positive I can write at least as well as they can” – and that’s what I’ve been trying to do ever since.

I guess it would have to be my short story called Waif, which I started writing in 2006.  It was picked up by Tim Taylor (who, incidentally, introduced me to the NSFWG) of Greyhart Press in 2010 and published as an e-book in 2011.  It proved surprisingly (to me) very popular, at one point holding the top slot on Amazon for short-story downloads in the genre.  The story itself was an excuse to experiment.  I wanted to see if I could write something without giving any of the characters names and, by and large, I think it worked out okay.

When I first started writing (which was only ten or so years ago) I was convinced that what I wrote was of good quality and worthy of print.  I simply didn’t realise all the literary traps into which I’d fallen: too many commas, too few commas, too many ‘its’, word repetitions, misspellings, logic errors, and a ton of other grammatical cock-ups.  What the NSFWG did for me was to open my eyes to what quality writing really should be, and that’s what I’ve been striving for ever since – and I freely admit I have some way yet to go.  I’ve been coming to the NSFWG workshops for around 4 years now and at every monthly meeting I learn something new, whether it’s from the critique of something I’ve written, or a review of someone else’s work.  Either way, I gain.  To be perfectly honest, I think I get more out than I put in.  I often feel very unqualified to comment on the submissions of others; I try, though, and even when my critique is proved wrong by the group, that becomes yet another point on my learning curve.  It’s a bit trite, I suppose, but I want to thank all the members of the group because every one of them has helped me progress.  A special thanks, of course, must go to Ian Watson and Ian Whates, our true giants.  If you are a budding writer, the best move you can make is to grow a thick skin and join a workshop group where you live.

My last piece reviewed at the workshop was called Last Star, a kind of parable SF/Fantasy short story where the end of the universe is just around the corner and only one young girl has (unbeknown to her) the ability to ensure the survival of everything.  Overall the submission was well-received and has since been accepted as a contender for a forthcoming anthology.  Of course, it may not be included since there are scores of other brilliant pieces vying for the space.

At the moment I have three projects on the go: a full-length follow-up to Waif (but where the characters have names!) with the working title of Shun House, first draft currently three quarters complete; a short SF story called Molasses, about 50% done; and a reworking of the first thing I ever wrote since leaving school, a novel titled Prism.  That one currently stands at around a quarter of a million words, and requires an awful lot of editing. I’ve done about 10% of the work in the past 3 months!  I’ve no idea if any of them will get published, but I hope so.

Nigel's website can be found here
Posted by Mark West at 09:00