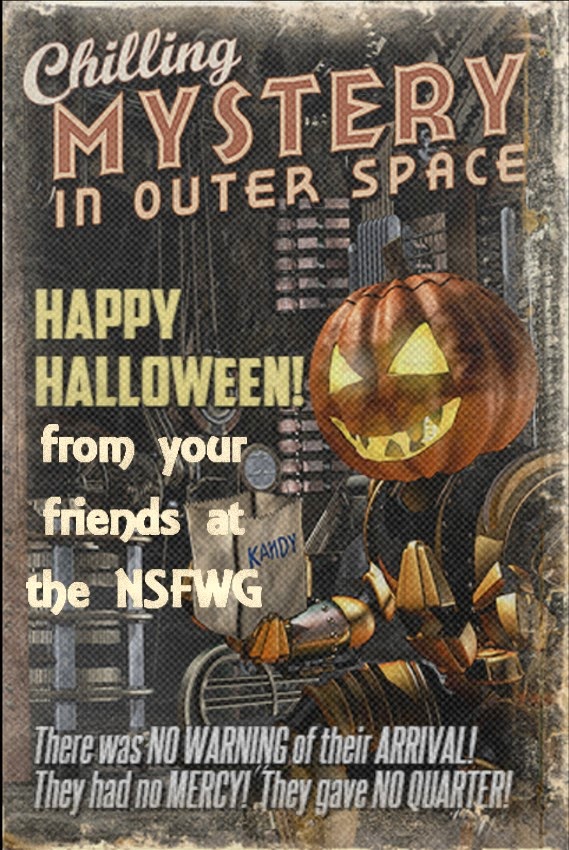 Email ThisBlogThis!Share to TwitterShare to FacebookShare to Pinterest
Labels: NSFWG

In the early 1990s, in Star Trek The Next Generation, Geordi LaForge became famous for figuring out that a quick reconfiguration of the ship’s equipment — in a way no one had ever considered before — would solve the impending crisis. Realizations along the lines of: if we reversed the polarity of the shield generators and channeled the resulting feedback into the Jefferies tubes, we can slip back in time a few seconds: just far enough to escape the enemy missiles.

The term technobabble was born. But the idea of stringing together clever sounding words to break the laws of the universe whenever convenient was old long before Geordi’s phase generators.

Twenty years earlier, for example, Jon Pertwee hated the nonsensical pseudo-science jargon in his Doctor Who scripts, notably his Doctor’s catch phrase: ‘reverse the polarity of the neutron flow’. (Of course, neutrons don’t have any charge, hence their name).

Doctor Who and GeordiLaForge: these characters are powerfully popular. Somehow, talking nonsense had become an endearing eccentricity, rather than a failing of the writing team (although I felt Star Trek’s technobabble was used a little too often to get the Enterprise out of trouble).

I think the explanation for this acceptance is that with a TV show, you can see and hear the actors portraying the character. It’s much easier to believe that they are real people, to identify with them, and — crucially — trust them.

I mean, take Jon Pertwee’s time lord. He might talk nonsense about the charge on neutrons, but who could possibly fail to trust a craggy old man dressed up like a stage magician, and driving the same yellow toy car as Parsley the Lion?

But when you tell your story through the written word, winning trust and empathy from your reader is much harder. And technobabble is one aspect of storytelling where I believe readers are less forgiving than viewers.

Authors, don’t do it!

I’m reading a lot of military sci-fi at the moment. I’m reading it because it helps fuel my mindset to write it.

And, let’s face it, I love reading it.

I’ve read stirring tales of great wedge-shaped fleets of spaceships crashing against each other like charging heavy cavalry squadrons, flashing pretty beam weapons at each other just before the front lines make contact, in the same way a cavalryman of the 18th century would fire his pistol. Having made shattering contact, the ships swoop into a confusing space dogfight.

A space marine with feet firmly planted on the planet’s surface raises her super-advanced combat rifle to her shoulder, and lets rip with 500 shells per second at the enemy gun emplacement she can see in her HUD.

Now, sometimes, I have problems with these descriptions. Don’t get me wrong. I don’t want lots of science and technical data in my military sci-fi. I want action, adventure, and how-do-they-going-to-get-out-of-that? But what I also don’t want are technobabble and lazy, improbable physics, because that takes me out of the story in just the same way as spelling errors and clumsy wording.

When the advancing space ships close to beam weapon range, what is that exactly? What range? In the vacuum of space, why is a laser, or other beam weapon, any less effective at a distance of, say, 10,000 miles, than it is at a distance of 200 yards? There’s no atmosphere to scatter the beam in a vacuum. In fact, there is an answer: diffraction, meaning the longer the range, the wider the beam’s cross-section when it hits the target. But effective range for lasers and other directed beam weapons is much greater than some authors depict. And spacecraft cannot ever swoop around in a Star Wars style dogfight because there’s no air to redirect your momentum.

And as for the space marine letting rip with a gun that has the fire rate of a 20th century heavy machine gun on fully automatic, how can they possibly aim with all that recoil force? Even if they could aim, if they’re in heavy armor, and are firing from the shoulder, wouldn’t the recoil topple them over and pound them into the mud? It would be like pushing on the end of a lever. For that matter, where is all the ammo stored? If you look at classic HMGs, they’re typically tripod mounted with belts of ammo folded into boxes. And they aren’t normally fired at full speed because that makes them difficult to aim accurately and the ammo runs out real fast.

I don’t pretend to be any kind of weapons expert, but I’ve fired guns and my shoulder tells that the bigger the bang at the business end of the barrel, the harder it kicks back at me through the stock.

If you look through amazon.com reviews of military science fiction, one of the most common complaints is that the author doesn’t take account of recoil.

So when I wrote the Human Legion books, I thought I’d better follow my own advice: talk to some combat professionals and get my research in. Once I’d gotten my facts straightened out, hopefully I could feed that naturally into my military sci-fi writing without needing to dump indigestible lumps of exposition onto my readers. I’m going for believability rather than complete accuracy, and I’m prepared to bend physics a little if it serves the storytelling. But I don’t want to get the science blatantly wrong because I haven’t bothered to research it.

One of the most surprising answers I found was with railguns. I’ll explain that in more detail in a future post.

In the fairy story, in the bears' home, Goldilocks tastes three bowls of porridge.  One is too hot, one is too cold, and one is just right.

The 'Goldilocks' zone around a star, such as our Sun, is the zone where water on a planet will be liquid.  Too close to the sun, and the star's heat will boil the water away; too far, and the water will be frozen ice.  We assume that liquid water is essential for life as we know it, so we hunt for planets around the Goldilocks zones of their stars. 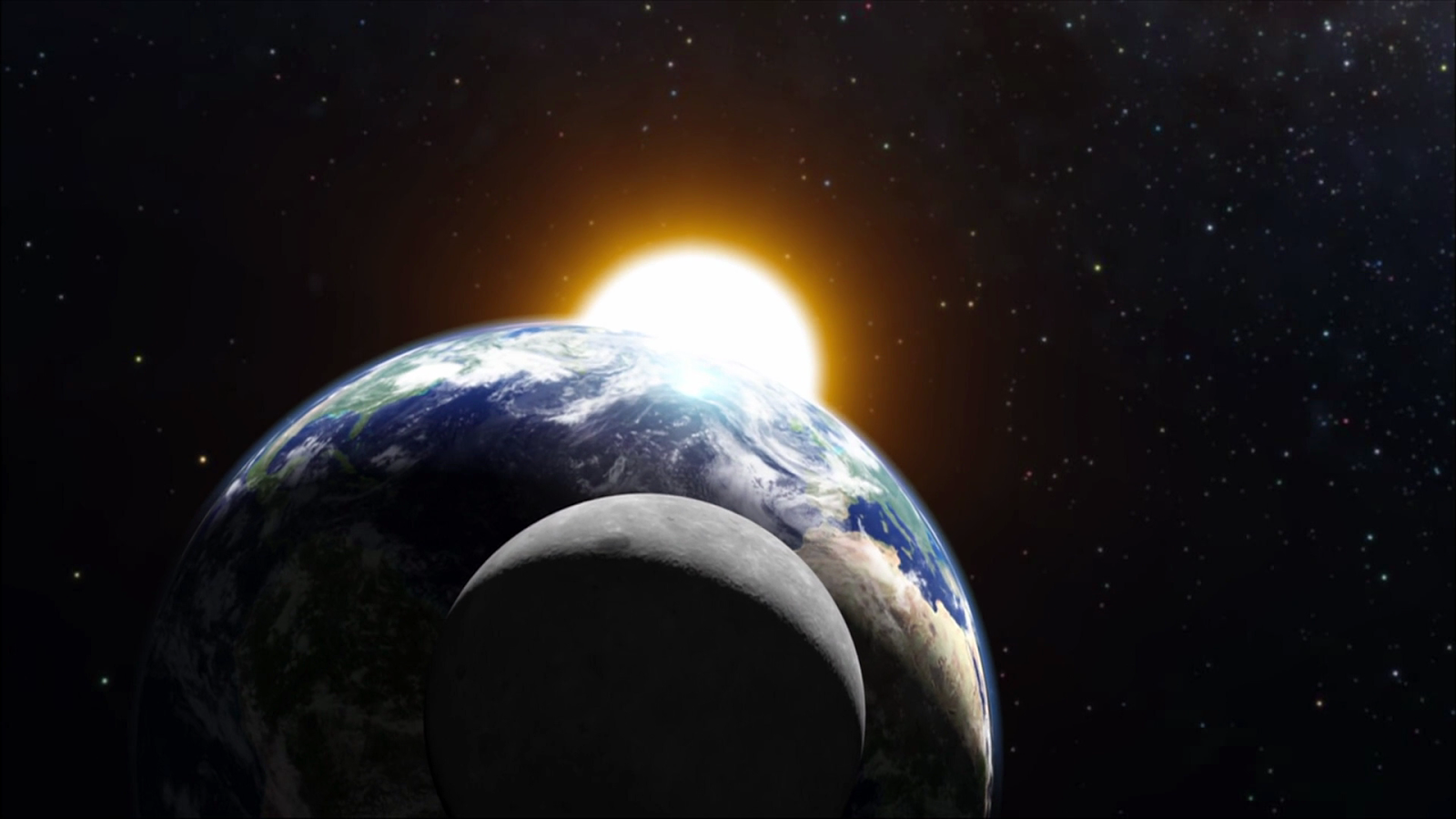 Does this mean that a planet in the Goldilocks Zone will certainly have life in the way Earth has life, including creatures with complex brains who can think?  Not in the least!  The processes of chemistry suggest that such a world may well have microbes, but not necessarily anything more complicated.   The existence of life today on Earth is like winning a lottery twenty times over.   Just for instance, we have a giant moon, which stabilises the tilt of the Earth (at about 23 degrees).  Without this stability, we might have Summers when our seas boil, or Winters when the whole Earth freezes.  The likelihood of such a moon seems very low—and this is only one of the lotteries that have to be to be won.  Rare Earth by Peter Ward & Donald Brownlee, published in 2000, details many other lotteries.  In fact the unlikelihood of complex life on Earth is considerable.  It even seems plausible that micro-organisms first evolved on Mars billions of years ago when conditions on Mars were less hostile than now, to be blasted into space within a rock by an asteroid impact, falling to Earth many years later—yet another level of lottery!

The universe contains billions of galaxies which each contains billions of stars, consequently some planet somewhere is likely to win all the lotteries.  Complex life might indeed also evolve elsewhere than Earth, but the nearest ETs might be so far away that we could never know that they exist, or did exist in the past.  So much for flying saucers.

Warm water and some sort of life may also exist within some of the moons of the giant worlds of our own solar sytem, Jupiter and Saturn.  Far from the Sun, these worlds of gas and their solid moons are very cold; but, as the moons orbit the gasgiants, the gravity of Jupiter and Saturn, very much stronger than Earth's gravity, constantly pulls at the insides of the moons, causing heat which can maintain oceans of warm water under the crusts of ice many kilometres thick.  If intelligent life evolved in those oceans, it could probably never know that beyond the thick ceilings of ice there is a distant Sun and other worlds and stars—unless we go there and drill a borehole 50 or 100 kilometres deep, which we may indeed do.  But imagine explaining cosmology to an alien squid, intelligent in its own way.

Really, we are all very unlikely to exist (merely not impossible).  So we should enjoy life, and beer, and trying to understand the universe, while we can.  People sometimes say they wish they'd been born elsewhere or elsewhen, but this is nonsense.  Even with exactly the same DNA (astronomically unlikely) you yourself would become quite a different person if born a few hundred years ago in London, or a hundred years from now.   You are here, you are now.

A parody of fantasy...

I’m not much of a one for singing the praises of bandwagoners and spoofers.  You know: the people who seize on somebody else’s great idea and then make money from parodies and poor-relation spin-offs.  However, there is one program on the TV that parodies so brilliantly they deserve a bit of real credit.  I’m talking, of course, about The Simpsons (and yes, I like The Simpsons a lot!) 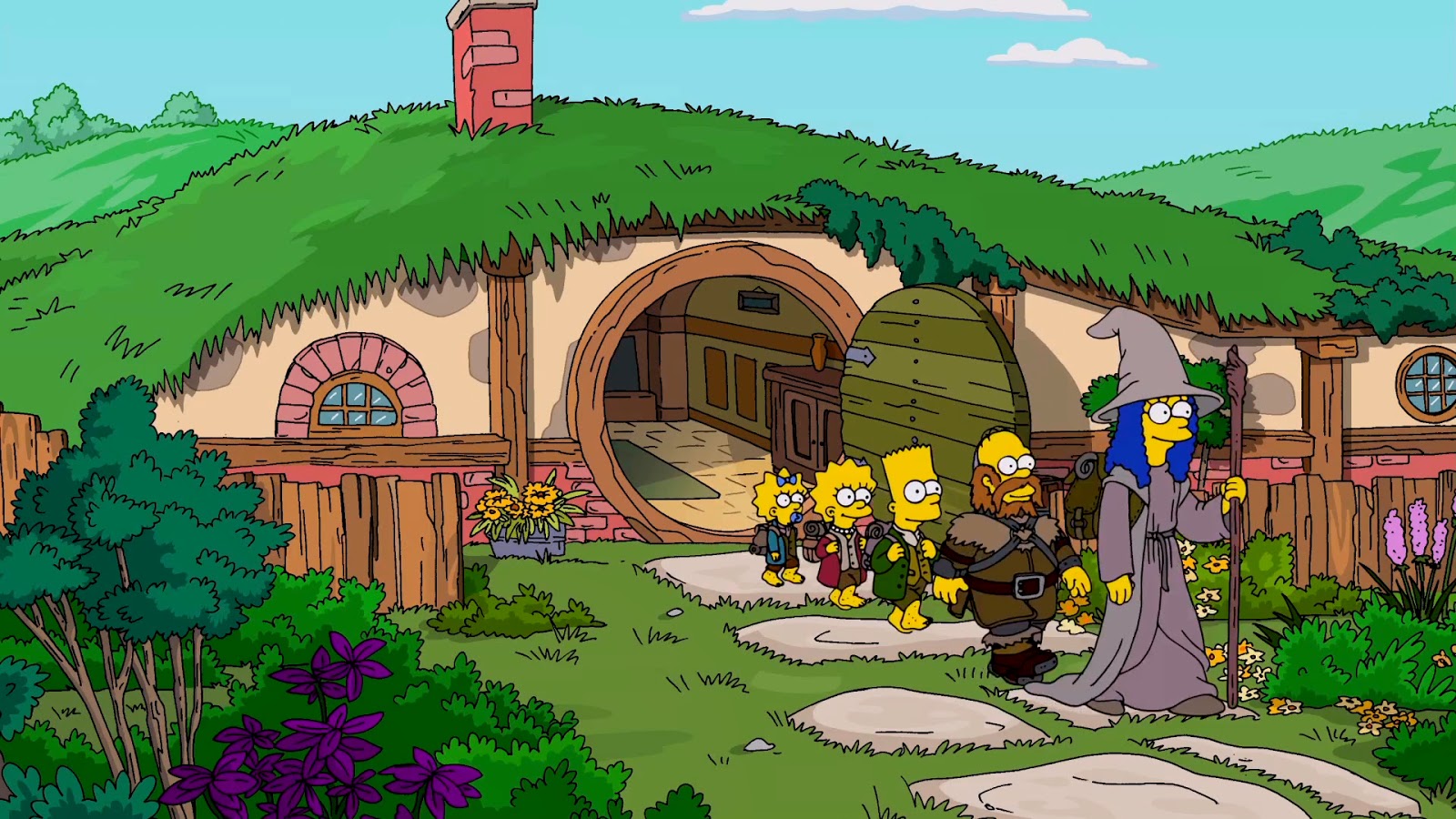 There was also an episode where Lisa was reading a Harry Potter story, where she played out the fantasy in her mind’s eye, which I found quite charming.  Haven’t located a viable vid on YT for that one, I’m afraid, but enjoy the above clips anyway!
Posted by Mark West at 09:00 No comments: