In case you missed it, NSFWG founder and chairman Ian Watson published a cook book earlier this year. 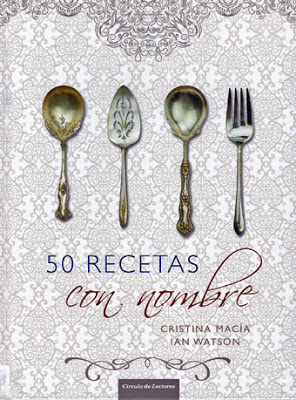 In the run-up to Xmas 2012 my first cookbook appeared in Spanish in collaboration with my beloved Cristina Macía.  Called 50 Recetas con nombre, it revolves around 50 meals named after famous people (mostly) such as Oysters Rockefeller and Beef Stroganoff and was produced to celebrate the 50th anniversary of the big Spanish book club Círculo de Lectores.

I wrote the histories of the meals, discovering many amazing  interconnecting facts about history such as that Russian Salad wouldn´t exist if the Duc de Richelieu hadn´t kicked the English out of the Spanish island of Menorca, thus liberating mayonnaise.  Cristina wrote the menus, and ace food photographers in Barcelona created the seductive pictures as well as Círculo adding many other gorgeous illustrations.  At the moment the book is only Spanish but, since it was originally written in English, UK and US publishers should pay heed for next Xmas — move over, Jamie Oliver!

Naturally this gastronomic partnership led to Cristina and myself  getting married soon after on January 17th 2013 so that we could consume a Game of Thrones wedding cake together, showing the result of my decapitation, here delightfully remastered thanks to the skills of the great Enrique Corominas. 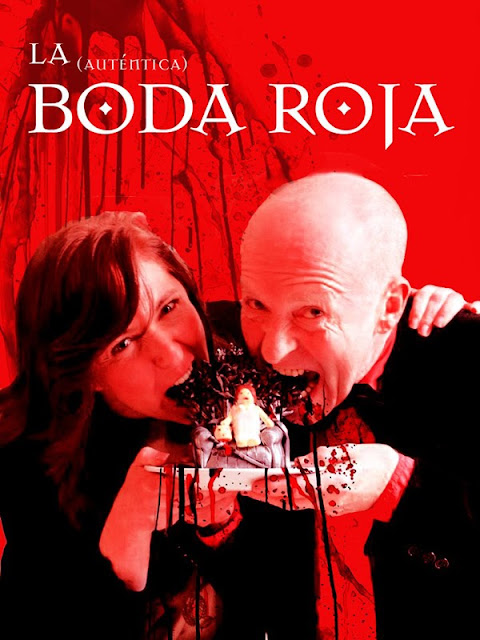 Once again, the group extends its very best wishes to Ian and Cristina.
Posted by Mark West at 09:00