Interview with Ian Watson, our chairman

From the good folk at Ultra Adventure Mag

The Outcast And The Little One 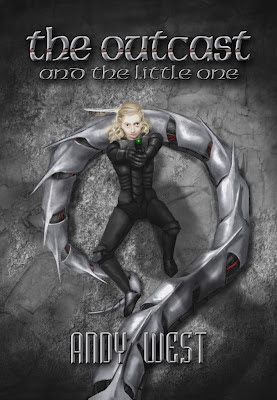 In a distant future, human form has diversified into several races that are very different from the Elten – the original humans. On a largely tamed Venus, two such races struggle for survival and supremacy. The robotic, pacifist Aumons find themselves ever more suppressed by the exuberant, vital and exotic Clonir. But Arkhend, a new arrival at the Aumon’s Southern Arc, has first-hand experience of their enemy and is determined that the Brotherhood should not sink quietly into extinction but rather rouse themselves in defiance of the Clonir before it’s too late…

One of science fictions most exciting new voices, Andy West was runner up (along with Nina Allan) in the BSFA’s short story competition a couple of years ago. He has gone on to have short fiction published in a number of webzines and anthologies, including NewCon Press’ disLOCATIONS (2007) and Fables from the Fountain (2011), and we are now proud to present this, his debut novel.

The Outcast and the Little One is available as a special signed hardback edition, limited to just 50 copies, and as an A5 paperback.

Donna Scott is one of several writers who have contributed to a collaborative novel, Vicious Circle, to be published later this month. The book is the result of the Writing Futures project run by Northamptonshire Libraries looking into how social media and libraries can be utilized by writers in collaboration, taking suggestions on content from the public. The challenge was to write the "48-hour book" - not literally a book written in 48 hours, but an attempt to see what progress could be made in a short space of time to begin the workings of a novel. Ten writers took part in the project, including social information coach, Ben Elijah, Judith Allnatt (The Poet's Wife) and children's author Sue Bentley.

Vicious Circle is a story of a disparate group of Northampton people, whose lives become interconnected by one tragic event on the day the fair comes to town.

12:25pm - How the book was developed: Ben Elijah and Judith Allnatt

As former Bard of Northampton, Donna Scott is also working with Northamptonshire Libraries to judge the Children's Jubilee Poetry Competition, the results of which will be announced in September 2012.
Posted by Mark West at 13:14 No comments:

Following the unfortunate closure of the RAFA club in Northampton, the group now meets in the Old Swan at Earls Barton, every third Wednesday of the month.
Posted by Mark West at 12:19 No comments: