After a prolonged period of silence (sorry about that, we've all been too busy writing and publishing!), we're going to start a series of posts detailing what we get out of being involved in a writing group.

First up is Paul Melhuish, horror writer and Morris Man. 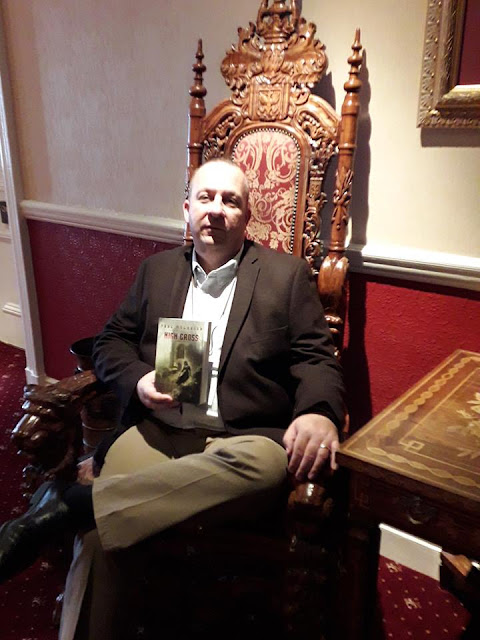 ‘To be honest Paul, the concept just isn’t believable. A spaceship lands in a field in Bedfordshire in 1952 and no one makes a fuss about it. The thing just sits there for decades.  It’s even given National Trust status in your story and the only thing standing between it and the public is a fence with a KEEP OUT sign. This sign of first contact is largely ignored by the rest of the world. It just doesn’t work.’

I was three quarters of the way through my epic novel of small-town alien incursion, Britain’s answer to The Tommyknockers or so I thought. I’d send out the first couple of chapters to the writers group thinking it would wow them with its inventiveness, its oddness.  Its unheimlich.

This was exactly what I needed to hear, a consensus where all the group could see the flaws.  The members are all experienced writers, all published (some even involved in publishing and editing projects) and they knew what they were talking about.

For me the best course of action was to abandon the novel for now and begin another idea I'd for a horror novel about a cursed Morris dance. A few months down the line I submitted the opening chapters for this book to be workshopped by the group and they agreed that this concept did work. Yeah, there were some changes to be made, easy fixes, but on the whole the consensus was that this idea had legs.

I joined the Northampton Science Fiction Writer’s Group in 2003 and before this wasted months and years working on projects like the National Trust Spaceship idea. I also had a rather inflated opinion of myself as a writer, not questioning ideas for their validity or thinking about the mechanics of writing. In a literary sense I was stuck in a wasteland of unsolicited ideas, floundering alone, no idea of how to break into the publishing world. Thankfully they saved me from this wasteland and beat out the inflated opinion of myself by forcing me to consider concepts like POV, voice, repetition, things I’d never considered before. And they were picky. Here’s an example of how much attention to detail they encourage you to anticipate.

I’m making it sound like as if every month I’m judged by stony-faced old men in a courtroom. It really wasn’t like that and still isn’t (editors note - he's lying, it's exactly like that...)

We’re all writers and we encourage and support each other. They point out the flaws in work to make it better. Not many of my ideas are as flawed as the National Trust Spaceship idea but there are aspects that need to be improved and you need other people to point them out. They’re honest because they want you to succeed. Think Craig Revell-Horward from Strictly Come Dancing (editors note - please don't...). He might come across as a bit of a bastard but he’ll tell you where you’re going wrong to improve your performance. Okay, they are not quite as scathing as him. Mostly.  Being in a writer’s group isn’t all about learning by increments. As a writer there’s nothing more uplifting than having a room full of fellow writers telling you what you’ve written is good and to keep going with it.

There have been some great times since 2003.  My first convention in 2009; nervously walking into the bar alone only to hear Ian Watson, a member and mentor of the group, call me over, ask me what I wanted to drink and thus kicking off a weekend of writery chat and making lots of friends.  In 2010 the group each had a story published in Shoes, Ships and Cadavers: Tales from North Londonshire, published by Newcon Press with an introduction from Alan Moore, launched at our own convention called NewCon 4.  All of us from the writers group sat along a long table with Alan at the head, each signing copies.

Last year, my novel High Cross was launched at FantasyCon. I was afraid no one would come to the launch but the guys from the writer’s group were (which was very reassuring) and in the end, a lot more people turned up.  I sold about twenty books.  None of this would have happened without the group. 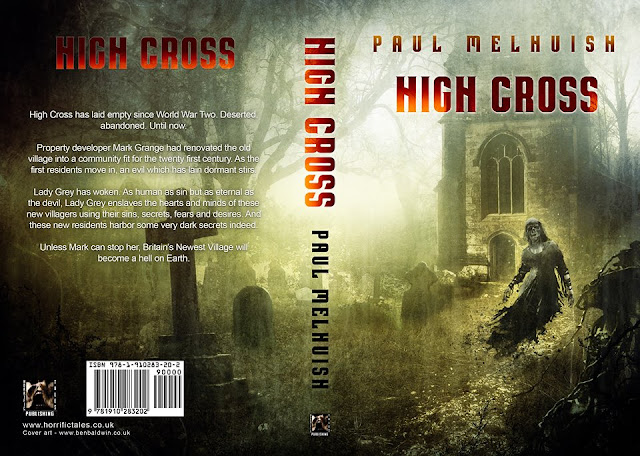 When I submit the first few chapters to a publisher, I can do so with confidence of knowing it’s been workshopped first. The best thing you can do as a writer is join a good writer’s group and prepare to be knocked off your pedestal. I can’t imagine what sort of writer, or person, I’d have turned out as if I’d continued floundering in the literary wasteland, writing about National Trust spaceships and collecting nothing but rejection letters.