Defending Dennis: Some Thoughts from the 21st Century on Dennis Wheatley’s ‘The Satanist’ 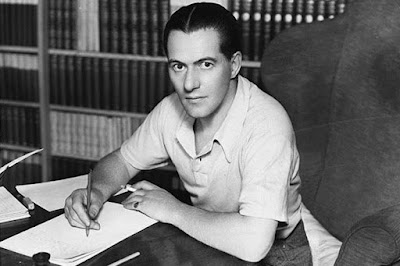 Many older writers of the fantastic seem to have achieved cult status I this day and age. H.P. Lovecraft, Michael Moorcock, M.R.James for example. However, Dennis Wheatley seems to be overlooked. The actual reasons are unclear but from what I’ve picked up from comments on social media and conversations with friends the reasons for his burial range from poor writing to colonial outdated racists attitudes. Well, HP Lovecraft was notoriously racist and M.R. James was writing in a time of colonialist attitudes and wider class division and they seem to be forgiven. One conversation I’d had with a fellow churchgoer who wasn’t really big on reading horror (funny that) was that Wheatley’s work shouldn’t be read because of the occult themes. With this in mind I tracked down a copy of his 1960 book The Satanist (actually, that’s a lie. It was a Christmas present).

I enjoy reading and watching older fiction to see how things have changed since the time of writing. So with some relish I read The Satanist.

The story follows British Secret Services’ attempts to stop communist infiltration of Britain via the trade unions. ‘The Reds’ are also linked to a group of Satanists. A young agent called Barney Sullivan infiltrates the communist unions whilst Mary Morden infiltrates the Satanist sect which was responsible for her husband’s murder. Mary attends a spiritualist group and meets one Mr Ratnadatta, a talent scout for the Order of the Great Ram, a Satanist group who meet in a temple in central London.

I wasn’t expecting a lot of sex and gore but I was expecting a lot of sexist attitudes and racial stereotyping.  As a novel it was real page turner with some good, jaw dropping plot twists. Mary, as an initiate, would be expected to take part in orgies at the temple and ‘have many lovers’ in one night. There is a lot of talk of having sex but no actual sex scenes. This was 1960, remember. Pre Lady Chatterley and the sexual revolution. As for sexism….well. Okay, being a man I’m not going to be as able to spot sexist attitudes in literature as my female contemporaries. I say this as my female contemporaries have pointed out sexist attitudes in literature that I haven’t spotted. For me, the character of Mary Morden was a positive role model. A strong, independent woman avenging the death of her husband. Mary who uses her intelligence to save the day more than once in this novel.

What about racism? Oh dear. Several times Mr Wheatley refers to his black characters as ‘negros’. Even in 1960 I imagine this word has horrible associations with the slave trade. His heroes also use other racial slang words which are pretty offensive today but weren’t back in the sixties. Probably the most glaring racial stereotype in the Indian Character Ratnadatta. Wheatley has him speaking in this Indian accent, over emphasising the F’s which looks clunky on the page and is actually a painful and awkward to read. The effect, for me, is the same as when the character Joseph speaks in his broad Yorkshire dialect in Emily Bronte’s Wuthering Heights. Not only is it hard to understand but as prose is grates with the reader.

More than anything in the book the Ratnadatta character suggests the ‘Johnny-foreigner’-as-the-enemy-attitude that was prevalent at the time. What makes this less offensive then and more offensive now? Well, we live in a multicultural society. I’d hate to think any of my friends from ethnic backgrounds being labelled in this way and I cringe when I think of any of my Indian friends reading the character of Ratnadatta thinking I shared the writers attitude.

I’m not going to be an apologist for Wheatley but I will defend his writing. The Satanist was a page tuner, had a good plot, and (with the exception of Ratnadatta) had likeable, well-formed characters most of whom seemed to spend time having a whiskey and soda in Colonel Veasey’s club.

So, the occult knowledge seems to be quite genuine and more or less square up with what I know about real occult practices. Wheatley warns against having anything to do with the occult and seems to advocate Christianity as a viable alternative. Colonel Veasey refers to ‘Our Lord Christ’ a few times, Mary knocks out the Satanist by chucking a cross at him. I get the feeling that Wheatley is fascinated by the occult but also morally opposes it. I’d like to know if he had any experience in the occult and where he got his ideas of an international secret anti-church from.

A few times he quotes Crowley ‘Do what thou wilt shall be the whole of the law’, and the Satanists’ creed seems positively Crowlean in its promotion of freedom both morally and sexually. Conversely, the sect will punish anyone who doesn’t obey. Crowley was notorious in the early twentieth century and occultism did have quite an interest at that time in Europe. This popularisation of the occult may have acted as a foundation to Wheatley’s fiction. Crowley’s activities in the abbey at Thelema in Sicily made the front page in 1920’s tabloids and saw him expelled from Sicily under Mussolini’s regime.

In the sixties and seventies Wheatley’s books sold by the bucket load. Now you can’t even find them in Charity shops although they have just been reissued by Bloomsbury.

So, if Wheatley was writing today how different would the books be? In the sixties religious fundamentalism wasn’t making the headlines as it is today. The world of the sixties seems to have forgotten religious persecution; witch trials, the Torquemada. In post war Britain the black and white, good-verses-evil was more plausible. We live in an age of ISIS and Al-qaeda, We’ve just been through the age of Bush and Blair, alleged Christians ordering bombs to be dropped on cities. This would complicate the idea of good being the church of God and evil being the church of Satan.

So, to conclude I wouldn’t be too hard on Wheatley. The pace, plot and overall concepts of The Satanist were strong. I’ve not sold the amount of books he has so who the hell am I to judge anyway?
Posted by Mark West at 09:00