The Uncollected Ian Watson, a new collection from PS Publishing

To be launched at EasterCon in April, PS Publishing are launching "The Uncollected Ian Watson", which will be edited by Nick Gevers and published as a 408 page jacketed hardcover. 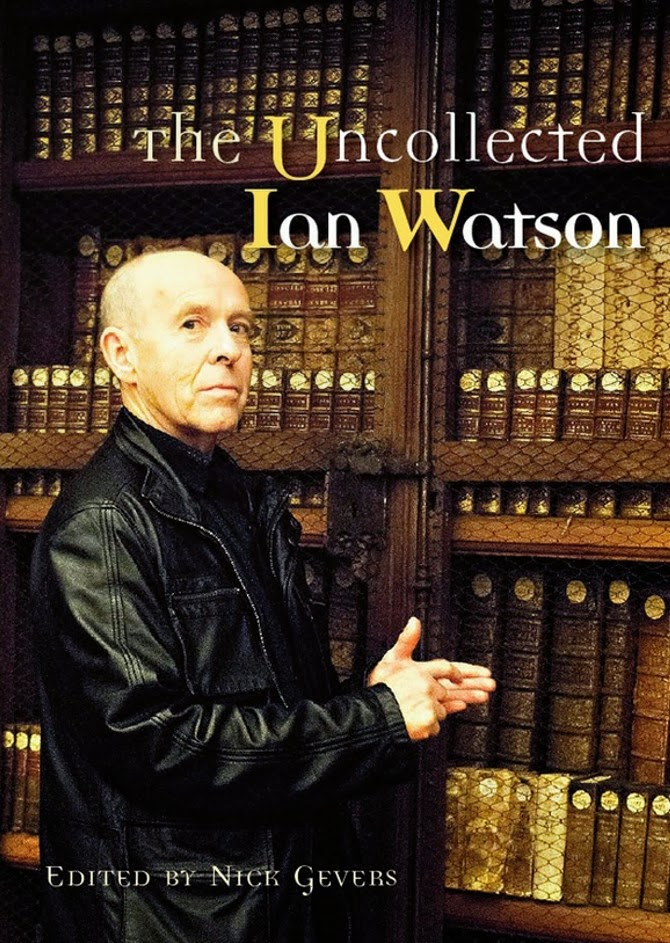 Here are powerful stories which have never been collected before, such as ‘Jingling Geordie's Hole’, voted both the best and the worst story of the year by readers of Interzone magazine (sometimes by the same readers!), the kernel of Watson's novel The Fire Worm. Likewise, the short story which birthed his novel Deathhunter. And there's a stand-alone story related to the masterful Mockymen, never published before now. The mischievous 'Divine Diseases', which appeared in the science journal Nature, brought protests to that august publication; a similar satirical brio informs ‘The Real Winston’, a clever alternative take on George Orwell’s Nineteen Eighty-Four.

Besides stories, gathered here are many entertaining and often profound pieces of non-fiction, yielding deep insights into the author's creative works. In 'The Author as Torturer' he asks a question even more urgent today than when first voiced 20 years ago. Here are Watson's inspired impersonations of H.G. Wells (even if the period clothing doesn't show in print). Aptly, the Times Literary Supplement commented àpropos Watson's fiction: 'A phenomenon, a national resource to be conserved, Ian Watson resembles H.G. Wells in both invention and impatience.' Well, The Uncollected Ian Watson is devoted to conserving these and other pieces previously scattered across anthologies and magazines—as well as Watson's views on films ranging from The Wicker Man to The Matrix, plus his perspectives on artificial intelligence as published in Intelligent Systems journal. His relationship with comics is explored, and much much more. Here’s the full line-up.


CONTENTS
Three Kinds of Close Encounters with Comics
How I was Shot by Adolf Hitler
Jingling Geordie’s Hole
Beware the Pedicating Tribads!
King Weasel
Shell Shock
How the Elephant Escaped Extinction
The Drained World
Vile Dry Claws of the Toucan
The Tragedy of Solveig
Science Fiction, Surrealism, and Shamanism
The Shortest Night
The Author as Torturer
A Cage for Death
Secrets
Scars
The Jew of Linz
The Big Buy
Eyes as Big as Saucers
The Aims of Artificial Intelligence
The Matrix as Simulation
The Real Winston
H.G. Wells in Timişoara
Of Warfare and The War of the Worlds
The Wicker Man
Dark City
Stephen King’s Thinner: An Attack Upon America
A Daffodil Jacket, or The Misadventures of Sebastian in Kyiv
Divine Diseases
Intelligent Design 2.0
Story Notes

More information can be found at the PS Publishing site or at Ian's site.
Posted by Mark West at 09:00