How To Kill A Rat With Your Teeth... 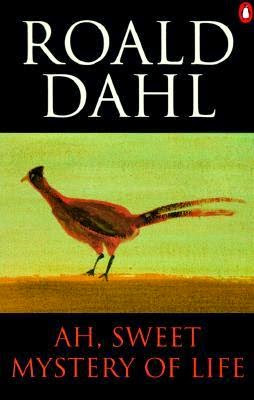 I was sitting in a pub reading alone the other week and a lovely drunk girl looked over from her cool looking hipster friends to ask me what I was reading.

‘Er…this…a book of short stories by Roald Dahl,’ I replied.

On seeing the book she actually came over and sat at my table which was nice and we had a conversation about Roald Dahl stores we’d read at school. I remember The Twits making me feel physically sick (the twit with the food, including a fish tail stuck in his beard. The only other media to make me almost physically sick being the puke-eating scene in Peter Jackson’s Bad Taste) and the alien from the Great glass elevator scaring the crap out of me.

I was reading Ah, Sweet Mystery of Life and the girl, on inspecting the book, said she had book envy before the conversation moved on to veganism.

I’d remembered one of the stories from this book being taught at school. Being 14 I didn’t notice the literary subtleties and character development. I just remember liking it because it had the word bastard in it somewhere.

Dahl has several volumes of short stories for adults out but Ah, Sweet Mystery of Life impressed me because all the stores are about rural life. I grew up in the country, moved to a city but now I live in a fairly rural environment. The book is comprised of seven short stories all set in the same village with the same characters running through each story. Short stories aren’t my greatest love as I prefer the expanded plot and character development afforded by novels. However, as the setting and characters run through each story they give the same satisfaction as reading a novel. There are other instances where I’ve found an anthology with a running theme most enjoyable. One of the best anthologies I’ve read recently is Fogbound From 5. Interconnected stories all set on the last train home published by Hersham Horror press. There’s also Lovecraft’s collections of Cthulhu stories which I love.

I digress. Back to Dahl. I found the stories to be brilliant and funny. For instance Parson’s Pleasure is about an antique dealer who disguises himself as a vicar to inspect rural houses and pick up antiques. The Champion of the World is about two poachers who decide to use raisins impregnated with sleeping pills to drug and catch pheasants.

One of the most memorable characters is a The Ratcatcher, a truly disgusting creature, the kind of in your face nutter you pray doesn’t start speaking to you in the pub. The Ratcatcher revolted me almost as much as Mr Twit and his beard. This guy looks like a tramp and keeps live rats about his person to demonstrate how to kill them to his customers. He demonstrates to the narrator and his mate, Claud, how he can kill a rat with his teeth alone. Stephen King seems to enjoy creating rural working class characters but Roald Dahl absolutely rules at this. The horrific and the hilarious to rub shoulders and create a brilliant friction.

You don’t seem to hear his name banded about as much these days in literary circles but since finishing this book I’ve met all kinds of people from different back grounds who have an admiration for Roald Dahl’s adult work. Living in the countryside I just hope I don’t bump into The Ratcatcher anytime soon.
Posted by Mark West at 09:00