The Last Man On The Net, by Paul Melhuish

When it comes to technology I’ve always been a bit slow on the uptake. I bought my first CD player in 1999, I didn’t get a mobile phone until 2004, never cut and pasted on a computer until 2005 and this year, 2014, have begun to e-publish.

I begin this digital adventure at a time when ‘everyone is doing it’. So, have I missed the boat? Shut the stable door after the horse has bolted? Shaved my chickens before the earthquake? Pressed ‘play’ halfway through the programme? (And other sayings).

My fears about having done all this too late are reduced when I think that this might not have happened at all. Since 2000 I’ve written eleven full novels and one novella. Some of them I’ve submitted for publication and some I’ve just left because, well, they were more like practice runs. If the digital publishing revolution had never happened then these novels would just sit on my hard drive, unread. Maybe some friends would have read them but that would have been it.

Before digital self-publishing I remember trudging down to the post office, a first chapter, covering letter and return envelope in my hand, queuing behind some poor soul there to pay his gas bill, and sending off my submission to some large faceless publishing house or literary agent only to be rejected a few weeks later. My scuffed return envelope would arrive with a standard rejection letter but more often than not they would always use a paper clip to attach the letter to said rejected submission. Okay, Jeremy Farquaharson-Canker Literary Agents, so you’re rejected my work but I’m one paper clip better off so who’s the loser now?

Now, this is NOT a pop at literary agents or publishers. Having met a few at conventions I hear their side of the story. They get thousands of submissions a week and publishing is a business. They can’t take risks on unknowns who think they’re the next JK Rowling. And they did give me all those paperclips. But seriously, a few years ago it was a literary agent who kindly wrote back to tell me to get involved with the BFS which led to my first short story publication. They are not anti-writers, quite the reverse in fact.

The sad truth was that, back then, trying to get your novel published was like hitting your head against a brick wall with the words GO AWAY, YOU WILL NEVER BE PUBLISHED  writ large upon the brickwork. So, my manuscripts sat in the darkness of my hard drive.

You may have read a thousand blogs about how the literary establishment has been rocked by ebooks but it’s true. I came to realise that all the novels I’ve written can now see the light of day. My first novel, Bad Acid, was rejected hundreds of times. There were a couple of scares when one agent wanted to see the next five chapters, another wanted to see the full manuscript but decided not to go with it. I actually changed the title to The Deities (a title that I didn’t like but thought may be more saleable) to try to get it published. When Bad Acid hits the digitals shelves in May it will retain its quirky, trashy title. So, the wall with GO AWAY, YOU WILL NEVER BE PUBLISHED has been smashed down. I am now published. My first independently published title, The Acid Lounge, a 9,000 word novelette is now out there to buy for the whacking price of $0.99. When I’ve worked out how you make it free I will. How many I sell will be up to the ebook buying public. Success will be determined by the people, not by just one person somewhere in an office drowning in submissions. How many I sell will be down to how well I publicise the product and whether the purchaser thinks it’s any good.

The most important thing, for me, if the fact that it is being published and the stories aren’t stuck on my hard drive. As a human being you want to make your mark on the world, hack a chunk into the fabric of reality. I feel I’ve done this, however small my mark may be.

for more details on - and how to order - "The Acid Lounge", go to Paul's website. 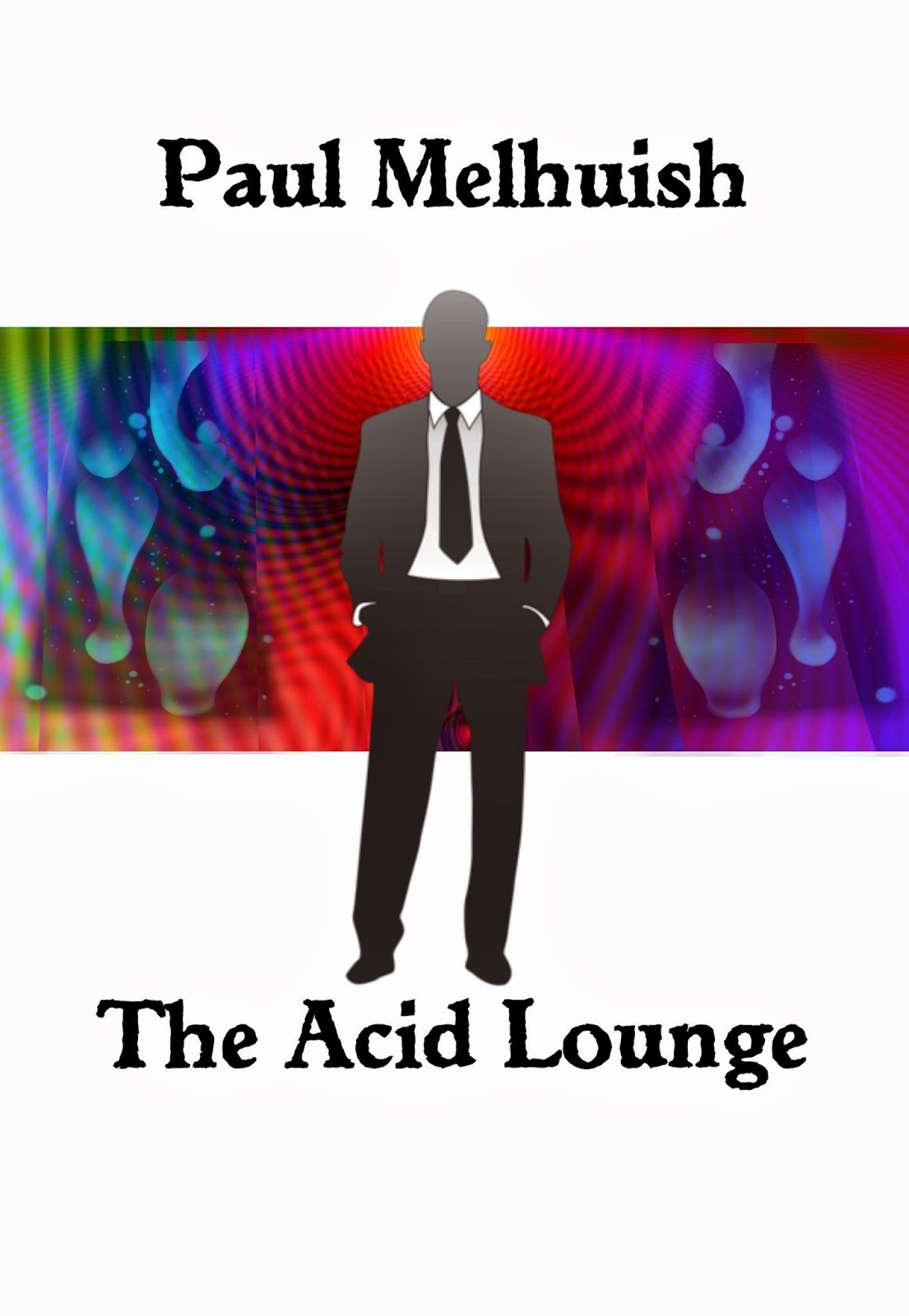