Memory Man & Other Poems, a collection by Ian Watson

Following on from his PS collection "The Uncollected Ian Watson" (see the blog post at this link), the NSFWG has also had a collection of poetry published by Leaky Boot Press.

As a taster, Ian has provided the blog with a poem that originally appeared Mythic Delirium magazine in 2006


Cobwebs in Heaven
by Ian Watson

God’s Wife wasn’t like Eve –
although He created Eve in Her image.
She didn’t just potter about in a garden
prior to a curse of childbirth and housework
and being ruled over by a man.

While He took a siesta on the Seventh Day
She was busy with Her own creations,
Which She rather hoped He’d admire,
the life of a million other worlds
-- for She was quite a fast worker.

But He was furious and scorned those as toys
And threw her out of his house called Heaven.
Could it possibly be that He was jealous?
He’d only decorated one world; She’d equipped
Most of the rest of the universe.

Yet She wasn’t too heart-broken, God’s wife,
Satana, not when She thought about it,
falling through space towards her million Edens.

In His rage God forgot one little thing:
Who would keep His Heaven clean?
That’s why He created angels as audience
to applaud Him while serving as feather dusters
to sweep away cobwebs with their wings. 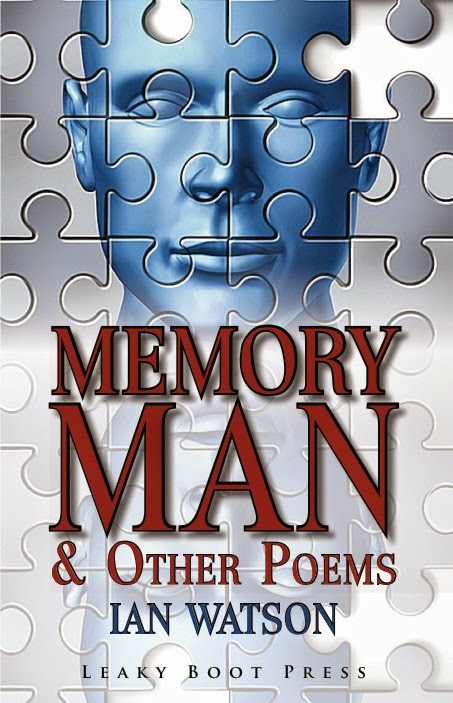 Born in St Albans in 1943 and raised on Tyneside, Ian Watson escaped to Oxford as a student in 1960 for 5 years, including a dissertation on 19th Century French literature. Next he taught literature in Tanzania, then Tokyo, and finally (along with Futures Studies) at Birmingham School of History of Art, becoming a full-time author, mainly of SF, in 1976. By now he has published about 30 novels and 11 story collections, and lives in the north of Spain where he recently married the lovely Cristina. His daughter Jessica is a textile designer. Many months eyeball to eyeball with Stanley Kubrick in 1990 resulted in screen credit for A.I. Artificial Intelligence (2001), directed by Steven Spielberg after Kubrick's death. With Cristina he has also published a cookbook in Spanish about meals named after famous people, and with Italian surrealist Roberto Quaglia he authored a book of transgressive stories, The Beloved of My Beloved, possibly the only full-length genre book by two authors with different mother tongues. His photo-strewn website is www.ianwatson.info, and as regards his most recent major novel (with Andy West), a medieval and modern medical Islamic technothriller, see www.watersofdestiny.com. His favourite beers and wines are many (excluding Shiraz and Syrah), and he fries ray wings in butter.

This book can be purchased from major on-line retailers and good bookshops worldwide. Free delivery is available to most countries from Book Depository in the United Kingdom or the USA. If you have difficulty purchasing any Leaky Boot Press title please contact us at this link.