Utopia vs Dystopia: The SF Writer's Dilemma, an article by Rod Rees 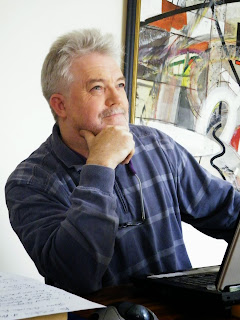 I was asked to speak at the Zagreb Literary Festival last week and as a result found myself on a panel discussing the subject ‘New Utopias’.
I have to say it was a subject that left me a little flummoxed and the reason was simple: I had never thought about writing a story that had anything other than a dystopian setting. Utopias seemed … boring. Sitting in one of Zagreb’s wonderful open air cafes enjoying a beer and the late summer sunshine I got to wondering why this should be.
I suppose the obvious answer is that a dystopia offers much more plot traction than a utopia – I mean a world where everything is hunky-dory is hardly one to get the adrenaline pumping – but maybe there’s more to it than that. Maybe humanity (and despite what they might believe, SF writers are at least part human) is frightened of utopias, a contrary thought especially when I find myself living in a world obsessed with global warming, rising sea-levels, terrorist atrocities, melt-down in the Middle East to name just a few of the current disasters de jour.
But this alarmist tendency is in itself odd especially as, since the Second World War, things have taken a distinct turn for the better: there have been no world wars (and the casualties sustained in the ‘regional wars’ are as nothing when contrasted to their pre-war equivalents), the standard of living of most people has improved beyond recognition (check out India and China as examples of that), contagious diseases like smallpox and polio have been mastered, and the world (on balance) is a much more tolerant place free of maniacal dictators. But pessimism is still rife.
Why?
And the more I considered this conundrum the more I came back to the idea that humanity is frightened of living in a perfect world. So what are the features of a utopia that frighten people? These are my thoughts on the subject aka Rod Rees’ Vision of Utopia:
·         A utopia would be a perfect meritocracy where talent and effort are the sole determinants of success and of position in society. Not something most of society would embrace. I suspect (and I’m no biologist) that humankind has a pre-disposition to promote the pan-generational success of the family for the simple reason that by doing so the long-term propagation of the family’s DNA is enhanced. This is why inheritance of wealth and status looms so large in human history (most wars have been fought to ensure the survival of one ruling clan or another). A utopian society would render this scramble to hereditary success obsolete.
·         A utopia would be a society where you could believe and act in whatever way you chose as long as these do not impinge on any contrary/conflicting beliefs or actions espoused by other members of society. Of course, this is flies in the face of politico-religious reality. Politico-religious systems are evangelical in nature: you’ve only to see how avidly elections are fought to recognise that. A politico-religious system wants/needs adherents and the more of them it can get, the better. There’s a competitive aspect to all this too: all politico-religious systems are triumphalist … half of the joy of winning is the sight of the other party losing. A utopia would see the peaceful co-existence of all belief systems, an idea which is, well, utopian in its stupidity. Everyone loves a winner … draws are boring.
·         A utopian society would be one where there was no privacy. Of course, to ensure the perfection of a utopian world everything must be known, there can be no secrets and no privacy – and why should there be any when there is no criticism or condemnation.  But privacy and secrecy is the bedrock of society …
Reading this I am struck by the thought that, believe it or not (like it or not) the world is en route towards a utopian existence.
The rise of the cyber-algorithmic manipulation of human affairs will inevitably mean that jobs based on rote-learning and experience (doctors, pharmacists, truck drivers etc.) will be made redundant and only those of us with a mathematical bent will have any real influence (the Pareto Principle applied to society). This would create the ultimate meritocracy: inherited wealth/power would be trumped by brain power.
The world has become a more tolerant place, this attested to by the burgeoning  acceptance of gender equality, of gay rights and the increasing secularisation of society.
And finally, the increasing and increasingly pervasive nature of surveillance means that privacy is, to all intents and purposes, dead.
Yeah, utopia here we come.

Rod Rees can be found on the Net here - http://www.thedemi-monde.com/
Posted by Mark West at 15:37