Kubricked, an article by Ian Watson 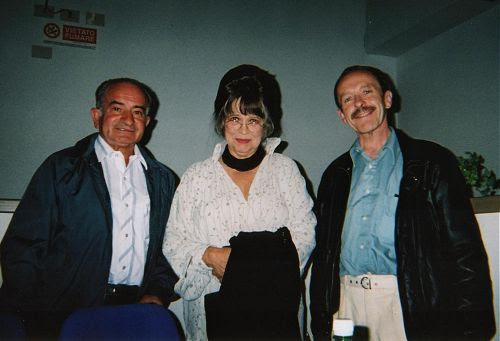 Early in 1990, the phone rang.  Stanley Kubrick’s assistant asked me to visit the film-maker at his home near St Albans.  Why could not be disclosed.  A chauffeur would come.  I must read material sent by motorbike courier.
I’d heard rumours of a project for a film about a robot boy.  Due to the secrecy, and a sense of entering a lion’s den, I opted to drive my own car.
Stanley lived in enigmatic seclusion for years near St Albans, nowhere near Hollywood.  Actually, he wasn’t at all the misanthropic hermit portrayed by journalists peeved at being unable to report much about him.  He was a devoted husband and father, and constantly companionable by phone with people worldwide.  But he was very focused on his art.
My memory of that first meeting with Stanley fades into umpteen subsequent meetings, but the impression which abides (since Stanley’s appearance never changed) was of a quizzical scruffy figure, bespectacled eyelids hooded, receding hair and beard untidy, dressed in baggy trousers, a jacket with lots of pockets and pens, and tatty old trainers – along with a quirky amiable dry humour and an intensity of focus which could jump disconcertingly from one topic to another far remote.
I never mastered the lay-out of the manor house, but its labyrinth included a mini-movie theatre where Stanley could study the latest screen releases, a sepulchral computer room where two cats who never saw the light of day glided like wraiths, a billiard room where Stanley and I were to sit brainstorming for untold hours -- and a huge cheery kitchen where I would share lunches with Stanley.  Gorgeous floral paintings by Stanley’s wife Christiana brightened walls.
Lunches remained exactly the same for weeks, since if Stanley liked something he persisted with it until he tired.  First, were Chinese take-aways ferried in by Stanley’s chauffeur Emilio.  Next, vegetarian cooks were hired, till they proved not to be true vegetarians.  Finally, Stanley would poach salmon in the microwave, a skill of which he was proud.
Stanley gave me a book about artificial intelligence and a copy of Pinocchio, the tale of the puppet who yearned to be a real boy.  The movie he planned was to be a futuristic fairy-tale robot version, spinning off from a vignette by Brian Aldiss, but the plot-line had bogged down.  Would I write a 12,000 word story, doing whatever I wished with the material?
Three weeks later I mailed the result, and Stanley wanted to meet me again.  Any illusion that I’d created a usable story-line evaporated fast.  My story was no use for the project – bye-bye story, never to see the light of day – but Stanley liked the way I’d gone about writing it.  Would I work with him on a week-by-week basis?
For almost a year I was to be Stanley’s mind-slave, writing scenes in the morning to fax around noon for long discussion by phone in the evening, or being collected by Emilio to arrive for lunch and an afternoon of mental gymnastics.  A sign on a wall nearby said: Here we snatch defeat from the jaws of victory.


How effective was Stanley’s mentoring?  In 2003 an American publisher brought out a new novel by me, to which I’d devoted much care and effort.  At one point a character asks another, “How will I recognize your brother?”  The correct answer would be: “You saw him in the previous chapter, idiot.”  Whoops!  I hadn’t noticed, nor did the editor, nor reviewers nor readers.  I think- I know-  Stanley would have spotted this.  Nevertheless I do continue to strive for a watertight story, and in this task Stanley Kubrick is rarely far from my mind.

The full version of this article can be found at Ian's site here.

This version was originally broadcast on BBC Radio 3 in 2010