Seventh up is Tim C. Taylor. 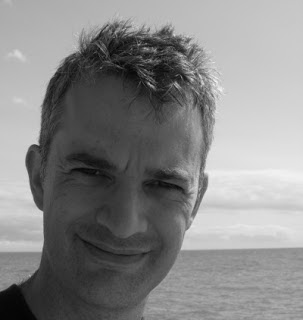 I’m a late starter compared to many other writers, but only at literature, not at being creative. Before writing fiction, I wrote and performed music. I formulated recipes, brewed and drank my own beer. Professionally I designed, wrote and tested software, and in later years wrote the equivalent of several novels’ worth of procedure manuals, technical documentation and other writing for software organizations. Although I’ve always read fiction constantly, it never occurred to me to write any myself until 2002 when I decided that I’d taken such satisfaction from learning and applying brewing knowledge — such things as diastatic enzyme content and the proper use of high beta hops — that I’d apply the same principle and have a go at writing the kind of fiction I was reading at the time.

The second story I wrote was for a flash fiction competition hosted by Focus, the writing magazine from the BSFA. The remit was to write an alien character with an original motivation. I won the competition.

The alien in my story was farming the creativity of Earth, the idea being that species emerging into a basic level of scientific and technological understanding are a precious commodity in the wider interstellar economy, because their fresh approach to old problems can be extremely valuable.

That basic concept led to the development of my White Knight universe, for which I’ve written over a million words so far.

The breadth and depth of experience and perspective is spot on. So too is the size of the group. I’ve been in larger groups, but they tend to splinter into factions or overwhelm with the volume of feedback.

The other thing I admire about the group, is that the members are not mindless cheerleaders, but will tell you straight if they feel the story doesn’t work, especially if they feel you could have done better.

That would be ‘Dig!’ a short story written for The Repository of Imagination, an alien story collective for children that’s inspired by 2000AD of the 70s and 80s. ‘Dig!’ tells of a little girl overcome with a compulsion to burrow as deep underground as she can. She is not alone and all those afflicted with the Curse face a harsh penalty. It will probably get published at some point under the pseudonym of Crustias Scattermush.

I’ve got five books I’m hoping to publish of my own fiction this year, but I’m not certain of the order of release. Next will probably either be the second edition of ‘Format Your Print Book with Createspace’, which has doubled in word count since the first edition, or a mini collection of short stories under the Scattermush name for the Repository of Imagination, which is likely to be called ‘The Treasure of the Last Dragon’. The title story was very much inspired by the Famous Five series, which I never read as a child but am reading to mine. What Enid Blyton would make of it, I have no idea. Actually, Enid Blyton did edge towards science fiction with her book ‘The Mountain of Adventure’ (1949) so I’m confident that she would approve of my gang of adventure-prone alien children having a dog-analogue who is secretly a sleeper soldier for an invasion of our galaxy that’s been a hundred thousand years in the planning. Probably.

Where to find Tim on the web

www.timctaylor.com
Posted by Mark West at 09:00