Fermi Paradox and all that jazz...

From Ian Whates, co-chairman of the NSFWG 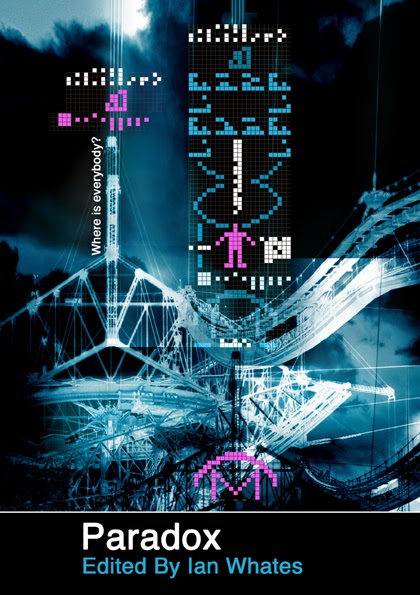 To commemorate the return in 2014 of the World Science Fiction Convention (or Worldcon, which is much easier to say) to London after far too many years, I decided to put together a special anthology.  Initially I just had a vague concept of ‘original SF stories set in space’ and a determination to rope in the biggest genre names I could, but that seemed a little vague.  Then, out of the blue, Adrian Tchaikovsky (oblivious of my Worldcon ambitions) contacted me and said, “Have you ever thought of putting together an anthology themed around the Fermi Paradox?”  And there was my theme.

I set about approaching people and was delighted by the response, not only among the British SF community, many of whom I’m fortunate enough to count as friends, but also from a number of big-name American authors, people I’ve worked with on the Solaris Rising anthologies.  The thing is, I can only afford to pay a very modest amount for NewCon Press stories, far less than the Solaris Rising budget will stretch to, but still these professional authors from two continents said ‘yes’.  Of course, the best laid plans… A few would-be contributors were forced to drop out – two because they’d underestimated the amount of time and energy that pregnancy and subsequent motherhood would demand of them – but still I received a rich and varied pool of submissions to choose from.  Adrian Tchaikovsky even submitted two stories, one of which made it into the book I’m relieved to say; I mean, how awkward would it be to turn Adrian down after he came up with the theme?

I’m also delighted that scientists as well as established authors are featured in the book.  I’ve heard Dr Rachel Armstrong speak on several occasions, impressed by her vision, energy, and determination.  Then a mutual friend, Tom Hunter, mentioned that Rachel also likes to write science fiction…  David L Clements I’ve published before, in the Conflicts anthology (2010).  As an astrophysicist, Dave seemed a natural choice for this one.  Then Gerry Webb caught wind of Dave’s submission, saying, “Well, if he can have a go…”  It turns out that Gerry has long harboured ambitions to write a story or two in a milieu of his own devising, and one of these nascent tales had a bearing on Fermi…

For the cover I wanted something different, something that would make the book stand out from other NewCon Press titles.  I first encountered Sarah Anne Langton a couple of years ago, when she designed a spectacular poster for an event NewCon was involved in at Forbidden Planet in London, and it was her I approached.  This proved a very wise decision; Sarah, I subsequently discovered, has a fascination with the Fermi Paradox, and in no time at all she whipped up a spectacular modern yet retro-feeling image that cleverly references SETI and Fermi in a style all Sarah’s own.

So here we are, later than I’d hoped due to a difficult start to the year, but I’m finally able to reveal the ToC for the NewCon Press anthology Paradox, which will be launched this August at Loncon, the 2014 Worldcon.  It’s a book I’m very proud of.

For more details, head over to the NewCon Press website
Posted by Mark West at 09:00