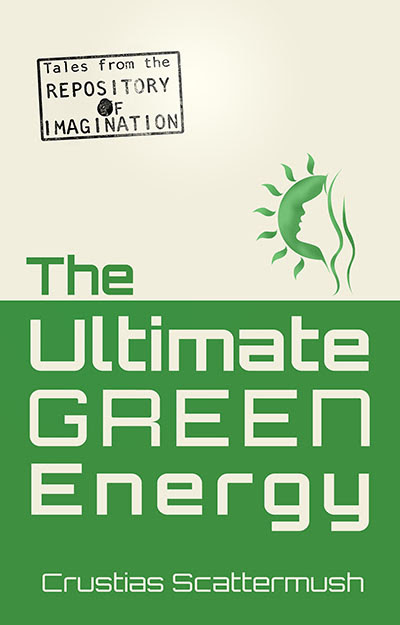 Running a publishing business and doing freelance book design doesn’t leave me much time to write any fiction. That’s a shame because I love to write.  During 2013 I made the time and have been scribbling away in the background, as Monday night regulars at the Swan at Bromham can confirm. Rather than write to hit market demographics and all that, I’ve written for pleasure and relaxation, taking as my inspiration my teenage joys of discovering science fiction and fantasy in such sources as 2000AD, Blake’s 7, Doctor Who, and I guess a little from Dungeons & Dragons too.

I’ve written before about how 2000AD influenced me. I didn’t realize at the time that the writers at the comic were mining every cliche of golden age science fiction from the 40s & 50s and then adding their own spin and taking them in new directions in such series as Tharg’s Future Shocks. When I grew older and started to read the golden age science fiction (and much besides) for myself, I was glad 2000AD had mined that storytelling gold because it would have been denied me otherwise. Sometimes I think contemporary adult short science fiction can be too fixated on trying something new, of needing to be clever. Other than an addiction to making jokey reference to contemporary culture and politics, the cleverness of the 2000AD that I loved in the 1970s and 80s was that the writers were (largely) unconstrained: they were allowed to let their imaginations soar in pursuit of storytelling in a way that I suspect short story writers of that time often felt they were not. 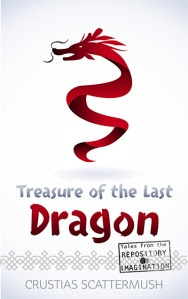 And that has been my approach in these stories. There’s Treasure of the Last Dragon, for instance, which is styled a little like the Famous Five stories I was reading to my son at bedtime, except the children are hexapod aliens. I just thought that was a fun thing to do.

The idea of the playthings of super beings being left around the galaxy was a common wonder in early 2000AD (and a cliche long before then). I combined the essence of that sense of wonder, although not the abandoned plaything idea, with a little teenage angst for my story Collision Course.

There was a craze for Dungeons & Dragons while I was at school. We had a strange spread-out school site built up over many decades with gardens that linked various buildings. There was even a gardener named Arthur who let us in his shed at breaktimes to play D&D or just have a chat. The combination of D&D and Arthur’s shed led me to create St. Rushby’s Home for the Un-parented and write a story about a young forensic sorcerer in The Snot Wizard.

Partly the inspiration for these stories came from Gill Shutt’s Alien Legends. Gill was a talented author and source of creative energy who proof read most of these stories before her untimely loss earlier this year. It was Gill who came up with the initial concept of the Repository of Imagination and who gamely let me mess around with her creation to arrive at the form the Repository takes today. The Senior Repositarian of the Earth branch is one Crustias Scattermush, and I’ve written these books under the Crustias penname. Actually, as my friend Elaine Stirling would explain, Crustias is more than a pen name; he is taking on a heteronymic life of his own. So I take no responsibility for his comments at the end of each story, they are purely his own.

Both of these stories are available as two short Kindle books, each costing less than a dollar or pound.

Click here for more info on: Tales from the Repository of Imagination #1 - Treasure of the Last Dragon

Click here for more info on: Tales from the Repository of Imagination #2 - The Ultimate Green Energy

I’m quite pleased with the Photoshopped stamp I created for the series, and so since I’m in a mood to show off today, here’s a bonus stamp. I’ve several more stories sketched out or nearly written, so I hope to be using this stamp many more times. 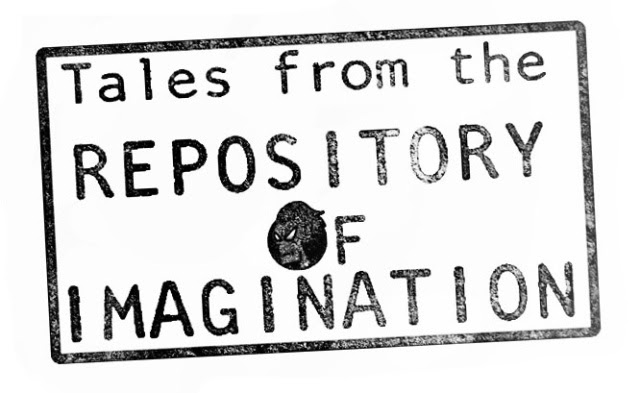 This originally appeared on Tim's blog in December 2013
Posted by Mark West at 09:00